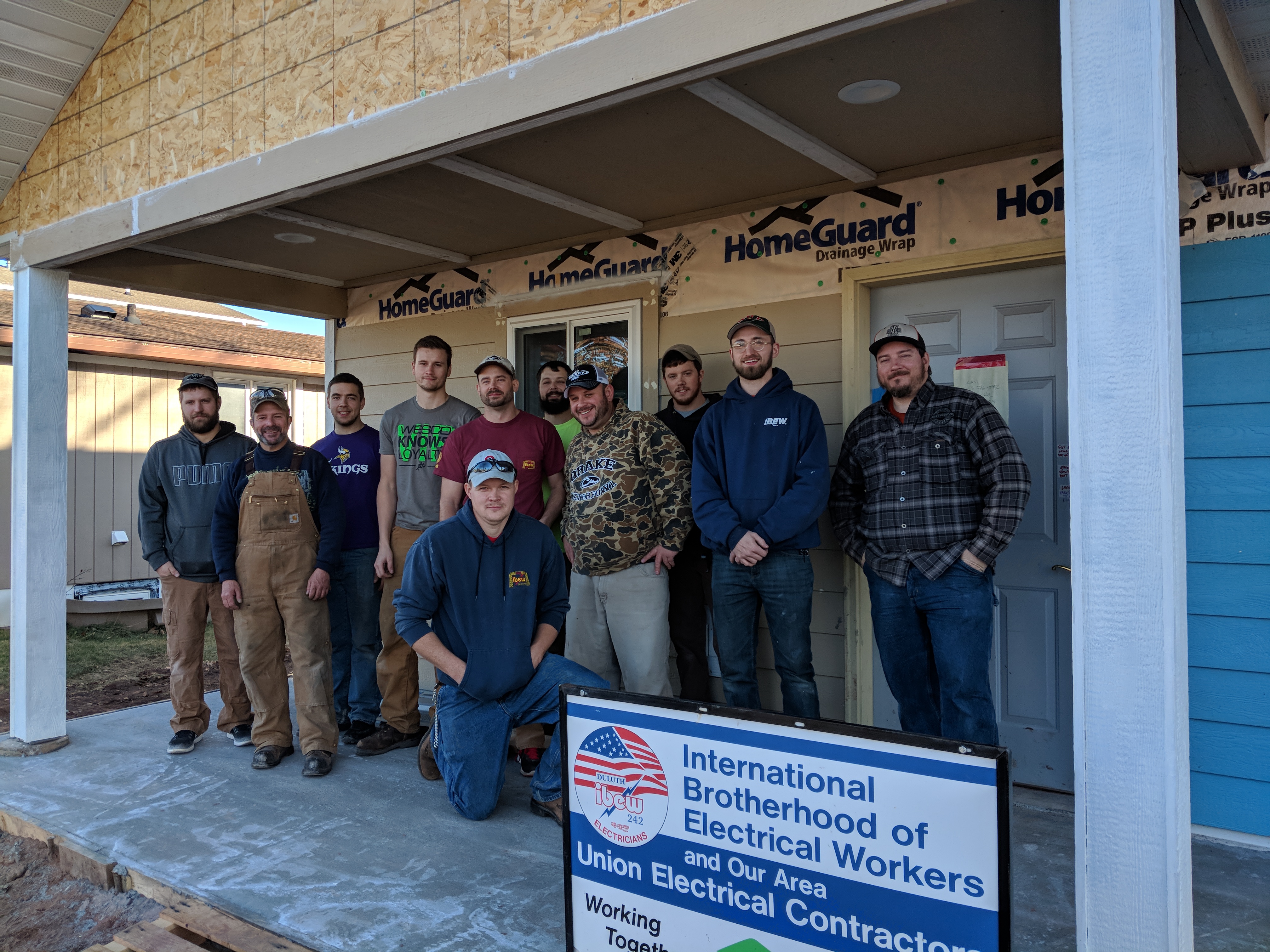 Christmas at Habitat for Humanity House in Superior

What better way to put the finishing touches on a Western Lake Superior Habitat for Humanity house project than to deck the halls? As work concludes on the second regional WLSHFH house build of the year at 710 Weeks Avenue in Superior, community partners and supporters gathered Tuesday afternoon and early evening with the Jessica and Brandon VanHolbeck Family to decorate and light a fresh Christmas tree.

Union labor, local contractors, local manufacturers, and a profusion of volunteers have played a huge role in Habitat’s success during the past year, helping WLSHFH reduce the cash cost of construction. Members of Local 242 of the International Brotherhood of Electrical Worker wired both 2017 houses from stem to stern, with financial support from the IBEW/NECA Local Labor Management Cooperation Committee.

Dedication of the VanHolbeck Family Home at 710 Weeks Avenue will occur on Sunday, January 14 at 3 p.m. Following the dedication, Pilgrim Lutheran Church, 820 Belknap Street in Superior, will host a celebration meal.